I started this game in November 2020 and have decided long ago to write this review. This game is brilliant.

Fun – the game is always different, U -turn possibility for much weaker to win, good combo of spells and movement

Balance system – it takes 4 months to get to the top without paying, so it does not matter how much u try if u win or lose, its always fun without nerves. You know u wont get any further soon and just enjoy the play. There is a pretty good mechanism to prevent stronger players from going very deep into lower levels and making the game annoying to weaker players.

System of rewards – force u to break for 2 hour after u getting ur reward chest. So u re not getting numb and are motivated to come back later.

Weekly challenges are designed to allow even beginners to win a decent reward.

You are rarely forced to watch ads and when it happens u do it gladly for the reward.

You don’t need to learn much to play it well, be an extra clicker or thinker

The strongest advantage of the Ancient Battle android game is the game is due to RPG elements getting better and better the more u play it – the more magic u have. More action packed, more chaotic and funny. U re looking forward to higher levels which brings with increasing magic wholy new strategies and challenges. This is not usual even for PC games where u have more magic but the fights are sorf of the some with stronger bosses …

I said i owe this review a long time. This is the only android game (actually the only game) that offers me enough joy to spend the time playing a game. I  like slither.io but its not playable due to server lags lasting long months. Here the server lags are also constantly present but unlike slither.io they do not mess much. I am watching Starcraft II professionals, but this game would only be interesting to play at a professional level (ie to give all ur time).

I am not an expert, i so like android 500-1000 (maybe 1500) android games but Ancient Battle is by far the best a casual player can ask for (actually absolute top is Smashing Four game).

Negative internet user feedback due to Magma Pack – Users misunderstanding of the game:

There were pretty negative voice recently when second skin Magma Horde with different spells was introduced. This skin is really much stronger when the same army number are compared. But the original Royal Army skin is also still interesting to play. It moves more quickly a requires fully different strategies to acquire much stronger army than the Magma Horde players have.   As the Royal Army is a basic skin and Magma Horde is and advance skin that u can can after 20 days playing and saving gems, the Royal Army players also does not realize that Royal Army lvl 70 is not the same like Magma Horde lvl 70. With Magma Horde you are a much more experienced player who know how to get the most of the game as spell, runes and items are regarded, so 100 milion Magma horde army is usually much stronger than it looks like compared to 100 milion Royal Army, not just it is slightly OP, but due to better players skill in magic reward acquisitions). Keep in mind that the Magma Horde player is usually a couple of levels ahead of you with his Royal Army …

Magma Pack is much stronger indeed (developers point to consider rune ballance) but im looking forward to finish it and return to Raoyl Army either. The second skin and magic made the game sooo much better.

2) don’t fight on top ur level, let them beat u to lower level for next quick win to get Win Chest reward quickly. Fight on ur top level only if u wish to enjoy the challenge and limits of ur skills without regard to playing time

3) Get Magma Horde army as soon as possible. The rewards are then sort of doubled (u get the same magic rewards as before but for both armies)- or maybe its just my feeling, i don’t know.

4) There is one most precious Tip, but i will keep it secret until i get to the top :), u may find out during a couple of weeks but only a few has recognised it 🙂

5) The most cost effective money buy is the Season Pass (do not change for Portal pass for the same amount cca 5 Eur incl. VAT). It start only in certain calendar period (like after 2months) includes 3 seasons, (when u manage to start and finish Season I) each for 2 weeks divided in 25 rounds, each round fulfilled after 2 or 4 ordinary wins (not sure now). with extra rewards 18×45 gems, 18x45gems, 19(last has one more gems bag) x45gem = 2475 gems and 3×2 Legendary Chests = 2880 gems and 3x 3 Epic Chest = 2070 + 3 x 1 Rare Chests = 240 gems, in total 7505gems equivalent but just 5355gems invested in a most effective way (Legendary Chests) and the rest without choice invested in lower rewards effectivity chests.

Portal Pass  (also cca 5 Eur incl. VAT) may offer similar rewards (figure will be counted and added later), but i recommend to delay it till you are level like 70,80 (from max 100) or so, so don’t waste ur money when u dont to play the game like 3 months at least. Its valid by unlimited time and gives extra reward for reaching a each level to the to 100level, but u can reach the rewards only when the Season period is not running (so after the Season period ends).

The other paid offers are so stupidly overpriced, that the develeopers are crying at u: If u are so stupid to buy it we will gladly rob u. U Stupid used sucker 🙂 I guess its sort of developers joke, hehe and why not. Like they would have said – we are not hungry, play it free, we are fully ok for the small Pass payment (which i did to reward them for such great game) and do not wish more of ur money.

I am missing the tables of magic level figures. It’s not public anywhere on the web. I am not fun of social networks so all will ask the developers to publish figure table for

Author of this review has no connection or relationship nor other interest to the authors and owners of the game. This review was not paid and rewarded in any way. 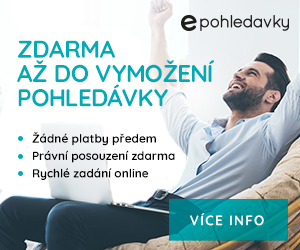